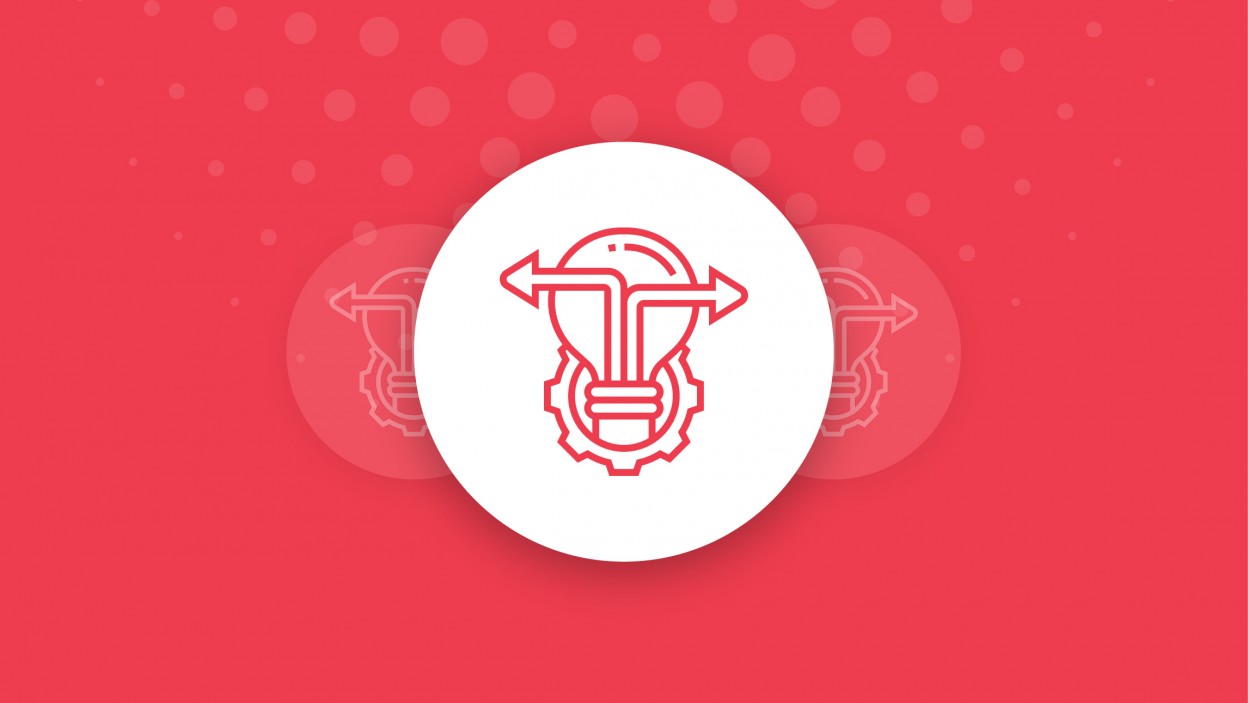 The Art of Decision Making

It has long been noticed that the distinguishing feature of many business leaders is the high speed of mental reactions and, as a result, quick decision making. The frequency of generating ideas does not mean that all of them will be equal in quality and effect. It would seem, purely statistically, multiple shots are more likely to hit the target than a single shot. At the same time, in an era of instability and “blurry” strategies, such a management style seems to be not only relevant but also fraught with significant risks, often unjustified. Of course, many talented entrepreneurs, businesspersons from nature, tend to generate solutions, relying on intuition instantly.

However, intuition is not always a universal barometer, it yields failures, and this, as it turned out during the experiment among students of Harvard and Princeton are also embedded in human nature.

Young people were asked to solve a simple puzzle.

A baseball bat and ball cost 1 dollar and 10 cents.

A bat costs 1 dollar more. Attention, the question: how much is the ball?

More than half of the students responded instantly and gave an intuitive answer: 10 cents.

Let us recall the elementary school math: if the ball cost 10 cents, then the total amount of the purchase of the ball and the bits would be $1.20. Therefore, the right answer is 5 cents.

This case well illustrates how the system of intelligent control easily misses the quick and wrong decisions of the emotional-intuitive system – not everyone who gave the 10 cents answer checked the correctness of their choice. Therefore, in real business practice, you should not entirely rely on intuition and high speed of mental reactions, which nature has generously endowed you. True, to completely ignore them, will not work, since the “irrational” is built into the “human.”

Adam Smith indicated the presence of an irrational component in economic activity in the 18th century. The father of capitalism, in his famous work “A Study on the Nature and Causes of the Wealth of Nations”, wrote that human behavior is the result of a struggle between two opposing forces: “a rational person” who analyzes his every step calmly, and “passions”, i.e., stimuli, emotions and feelings that often conflict with rational behavior.

Today, the science of business has finally rehabilitated the sphere of feelings. In 2002, Daniel Kahneman, the first psychologist to receive the Nobel Prize in economics, experimentally proved that when making decisions, the choice of people in the overwhelming number of cases is dictated by instincts and emotions, and not by logic. Skeptics will tell you right away that this phenomenon has a physiological basis. At the beginning of the 21st century, neurophysiologists discovered that more nerve paths go from the center of emotional processing (the limbic system) to the cortex of the brain than in the opposite direction. In simple terms, we are not homo- sapiens; the mind does not determine human behavior — emotional processes rooted in the genetic depths of the brain control it.

There was another interesting experiment conducted. Economic students were offered the following task:

Linda is an energetic, friendly, talented woman aged 31 years. She graduated from the university with a degree in philosophy. Deeply experiencing issues of discrimination and social injustice, during her student years participated in demonstrations for nuclear disarmament. Which option is more likely?

Linda – the cashier in the bank;

Is Linda a bank teller and a feminist?

In real life as well as in the experiment, the rule “for success you do not have to be smarter than others, you just have to be a day faster than most” does not always work. When a manager replaces thoughtful analysis with a decision-making speed, the first solution that has come to mind is by no means the most successful. It means that then it will be necessary to look for the following “quick solution,” followed by another one … So we get used to regularly “putting out fires.” Of course, the sphere of intuition is essential for decision-making but hardly so much as to manage the business according to the laws of the “Russian Roulette.”

Imagine you are a marketing manager, where the total revenue from sales of five product lines of Life & Sport sporting goods products is $ 125 million — all products, except for the range of shorts and sweaters, profitable. Since you spend extra resources on these two groups of products, you decide to remove them from production and concentrate your efforts on the range of products that bring you a net profit. Is this a correct decision, and why?

If we carefully analyze the figures in the “Shorts” column, we will see that even though the net profit for this line is negative – minus 1 million dollars, this series of products generate a contribution to covering operating expenses of 1 million dollars. Thus, if we get rid of the short line, the total profit of the corporation will decrease by $ million and operating expenses will remain at the same level – $20 million. If we close both production lines, the net profit will be $7 million instead of $10 million.

Therefore, when making decisions, I advise any marketer to develop a comprehensive understanding of the situation, apply math knowledge, and also “think slowly and decide quickly.” In this case, when the decision was referred to change the range of products, it was necessary to use the ratio of the contribution to the coating, which is calculated as the ratio of the input to the sheet to the revenue. The rate shows how much of the income can be used to cover fixed costs. Accordingly, it is possible to increase the proportion of the product line for which this coefficient has the highest value, taking into account production capabilities and demand.

Immediately make a resolution: I am for intuition! It is unconscious competence. However, it cannot be absolutized. At the beginning of my career, I worked for Toyota for three and a half years. Being a man of action, I was perplexed about one particular feature of this company: 80% of the working time was devoted to planning! Any question is “heard”: they study, discuss, come back to it again and only then make a decision and act. It is curious that, despite the lengthy procedures for evaluating opportunities that slow down decision-making, Toyota has always been ahead of its competitors in the launch of new models and sales volumes. It is the best way to confirm the truth that success in business does not have this formula finally.

In some situations, it is appropriate to act on the intuition, “lazy,” not including brains. In others, it will inevitably lead to failure. The most successful people, at the time of decision-making, brilliantly use both tools — iron logic and intuition.

Once Einstein was asked how he would spend one hour given to solve one problem. He replied that he would spend 55 minutes to highlight the problem and its alternatives, and five minutes to solve it. No person in the world would not agree with such rational strategies! However, it should be remembered that Einstein, made one of the most significant discoveries of the 20th century thanks to his imagination when he imagined himself flying in outer space, sitting on a light beam. Recall how in the 16th century Mendeleev had a dream about his famous periodic table and in the 20th century, Steve Jobs, contrary to logic, argued with a dozen companies, intuitively feeling right and there are many such examples: apples fell on the head not only to Newton, not only Archimedes bathed in the bathroom. All these people are united by the fact that they dedicated their lives to their vocation. The knowledge and experience accumulated by them were accumulated and transformed into insight with the help of timely feedback.

Conclusion: All of the above teaches us the truth: even the most literate and educated people, due to the peculiarities of human nature, are far from always able to apply their knowledge adequately. Often, they tend to make non-analytical, intuitive decisions, the source of which is in the field of emotions, and not of reason. At the same time, they will be confident that the “first feeling” is the most correct one, and it should be trusted unconditionally. There are many examples when businesspersons, inspired by their first successes, considered themselves innovators. They boldly discarded traditional schemes and familiar attitudes, quantitative methods, and management tools. As a result, companies entered the zone of turbulence, which ultimately could lead to dire consequences.

In conclusion, I want to remind those who believed that marketing is an optional creative component of a business that has nothing to do with the exact sciences: look at the curriculum in the specialty “Marketing”! In addition, you will see mathematics, higher mathematics, probability theory and mathematical statistics, mathematical methods for researching operations in economics. Without this, there is nothing to do today in marketing and business as a whole, and to replace all this with intuition is unlikely.

Melisa Marzett works and travels as a freelance writer for more than 5 years now. Her writing is available at www.writing-help.org. She has been working as a journalist before and a bit as a translator however, she has always dreamt of becoming a writer being inspired by classic writers she admired since school days. 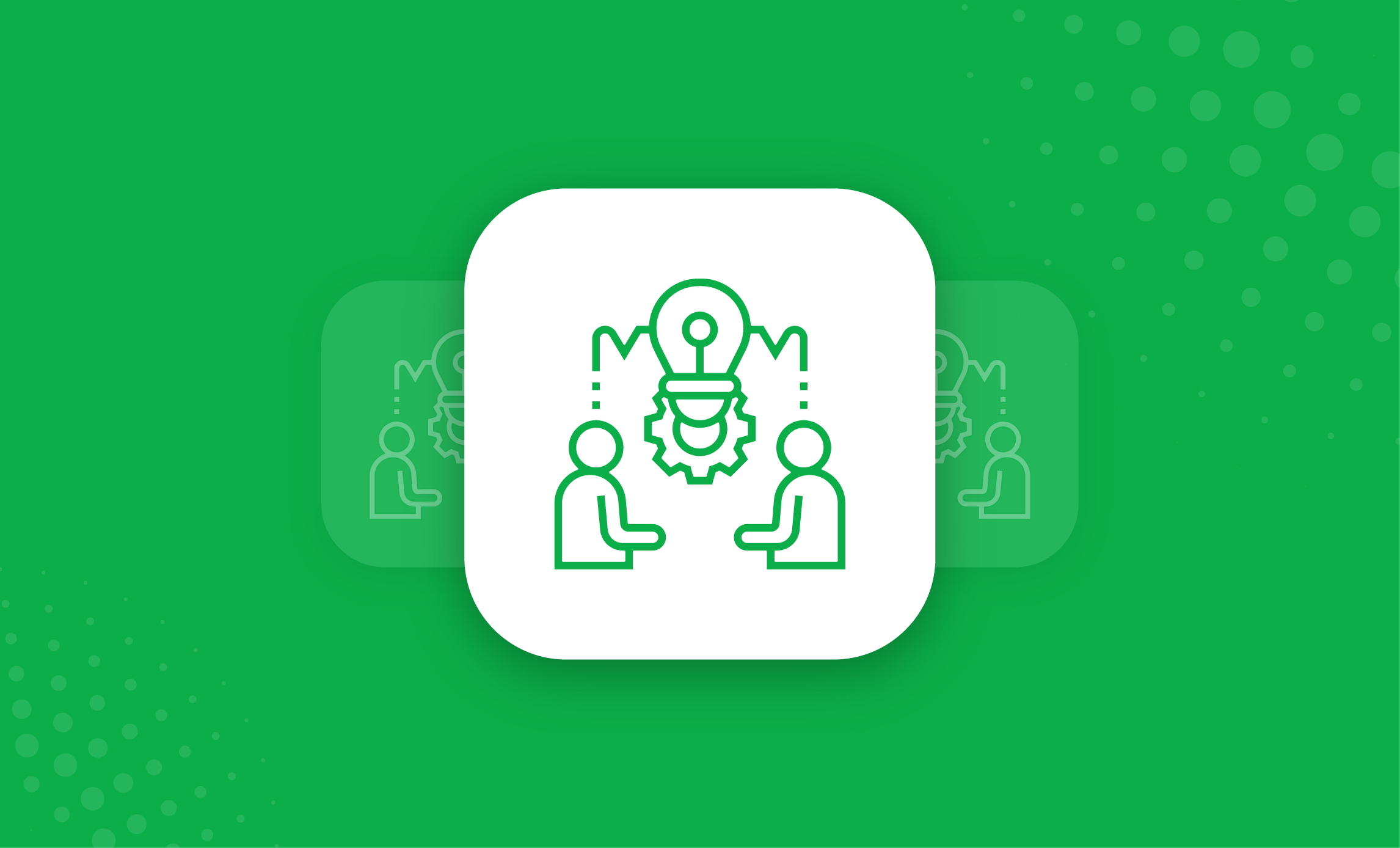 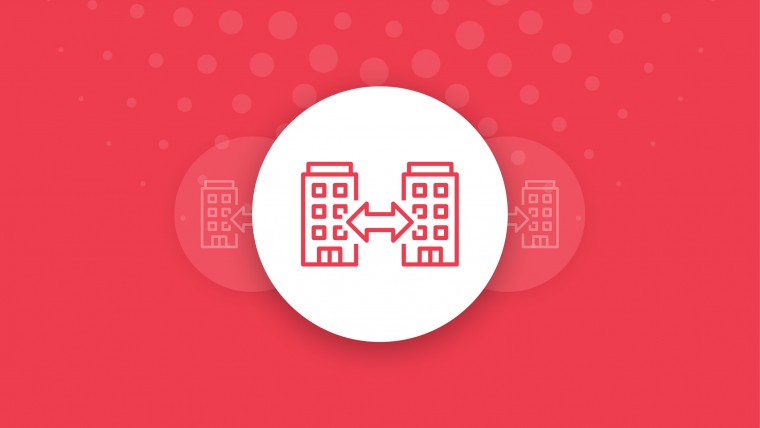 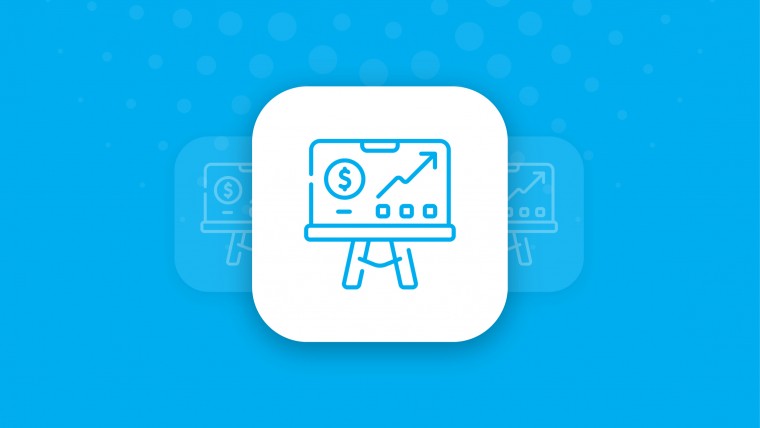 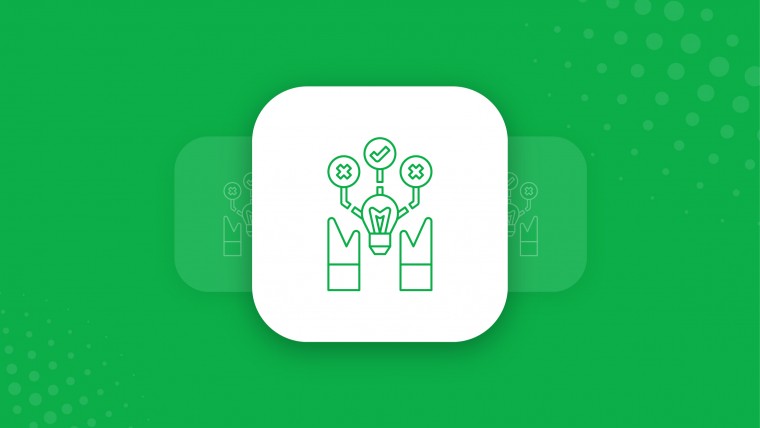 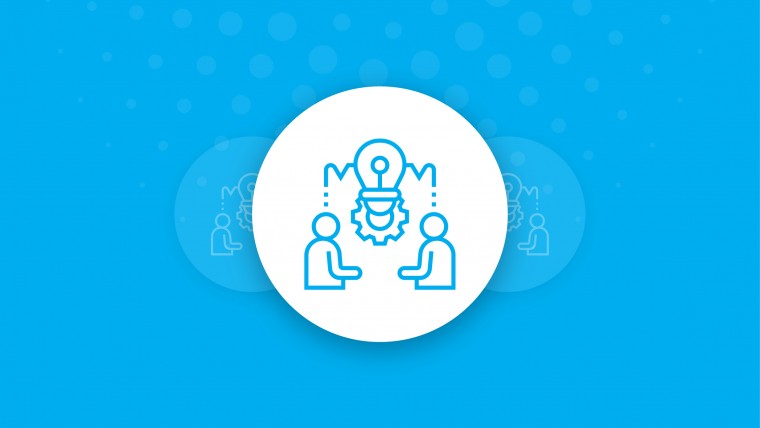 Be the Best Consultant Ever: Things That Will Make You Great 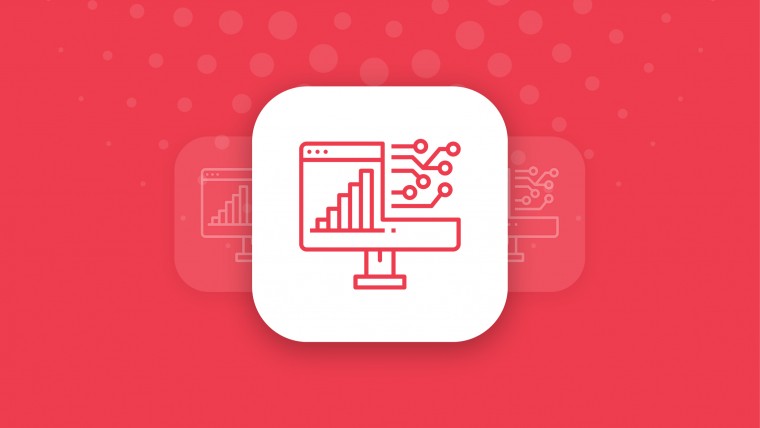 How to Identify the Top Digital Transformation Consultants

One Reply to The Art of Decision Making 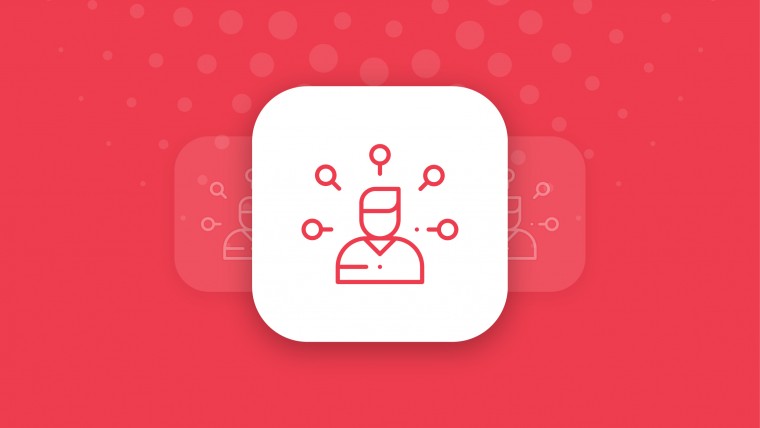 5 Perks Worth Pursuing for IT Professionals 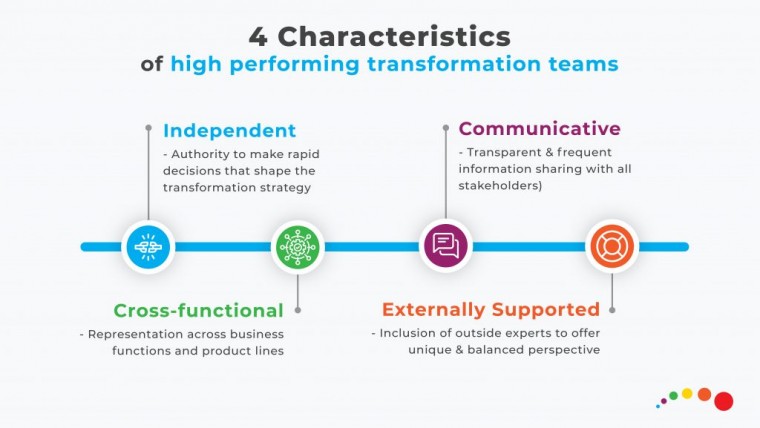 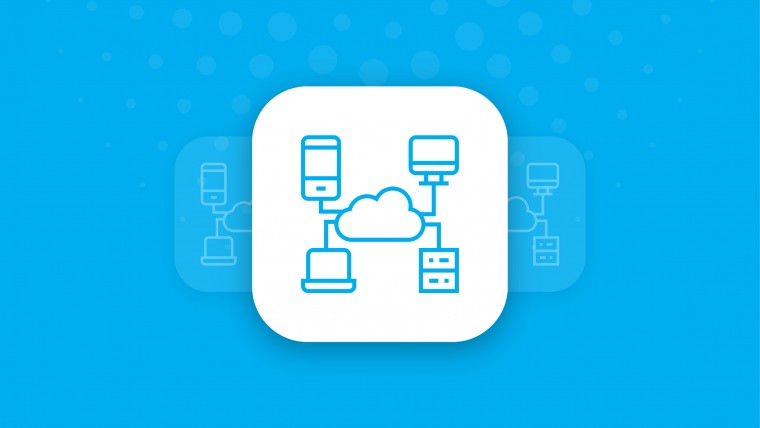